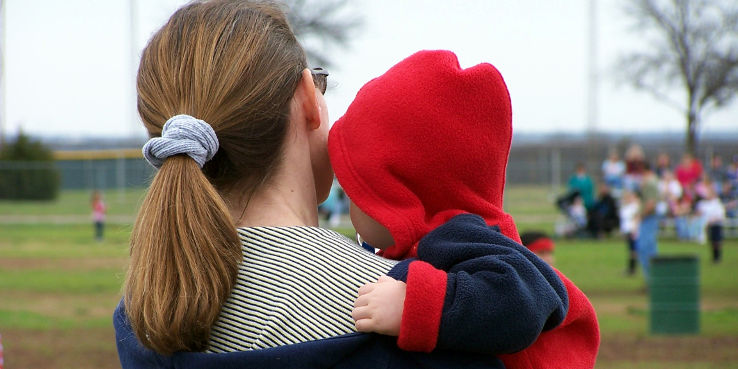 Sarah was a domestic violence victim with three little girls. She and her girls were taken into bed and breakfast accommodation.  From this point HITS started to help all four of them.

Initially, we gave them food and essential baby items for the youngest. After a while a house was found for Sarah not very far away from Newton Abbot. We then provided Sarah with a “moving-in pack” and some furniture, and also food and toiletry crisis packs. At Christmas the family had a couple of hampers, with goodies that at that time Sarah could not afford.

More about our services providing food and other goods »

The girls have now settled into their nearest school and Sarah is now beginning to start a new life for herself and her three children. She is no longer relying on foodbank services.

A short while later, we had another client living in the same road as Sarah.  Her girls were just coming out of school and the two eldest children remembered HITS when they saw the van, and remembered how the charity had helped them.  They asked their mother how they could help us in some way, and a cake sale was arranged at the school.  Mums and also some children baked cakes and sold them and all the money was given to HITS.

Then the girls went a step further and started collecting new and nearly new toys that could be stocking fillers for the next Christmas. Some of the HITS volunteers collected all the goodies that the girls had collected and they were distributed to children who otherwise would have had little or nothing on Christmas Day.

More of our stories »

This website uses cookies to improve your experience while you navigate through the website. Out of these, the cookies that are categorized as necessary are stored on your browser as they are essential for the working of basic functionalities of the website. We also use third-party cookies that help us analyze and understand how you use this website. These cookies will be stored in your browser only with your consent. You also have the option to opt-out of these cookies. But opting out of some of these cookies may affect your browsing experience.
Necessary Always Enabled
Necessary cookies are absolutely essential for the website to function properly. This category only includes cookies that ensures basic functionalities and security features of the website. These cookies do not store any personal information.
Non-necessary
Any cookies that may not be particularly necessary for the website to function and is used specifically to collect user personal data via analytics, ads, other embedded contents are termed as non-necessary cookies. It is mandatory to procure user consent prior to running these cookies on your website.
SAVE & ACCEPT